From the Softball Diamond to the Operating Room 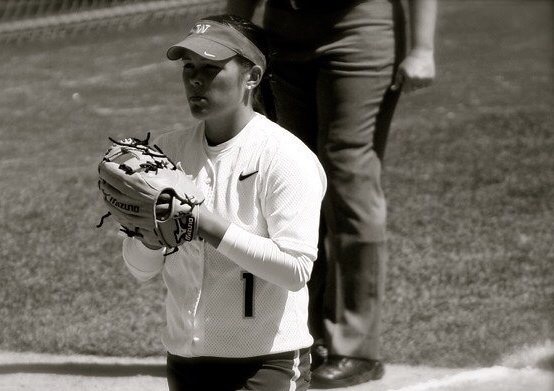 Danielle on the softball field.

The same skills Danielle Milanowski (known to UW fans as Dani Stuart) honed on the softball field are the same ones she uses every day in the clinic and the operating room.

“While playing softball I definitely had to learn how to manage my time between practices, games, and studies. I also had to be disciplined, and on top of everything. And, I had to develop a tough skin because the competitive environment is intense,” claimed Danielle. “As a nurse practitioner, I tap into these same skills on a daily basis.”

Danielle, who wore jersey No. 1 and played third base for the 2009 Women’s Softball National Championship team, advises student athletes as well as all students to not cut themselves short. “As an athlete you get intimidated by majoring in some of the more study-intensive disciplines like pre-med or nursing. But, I found out that if you really want to do something, there’s always a way,” explained Danielle. 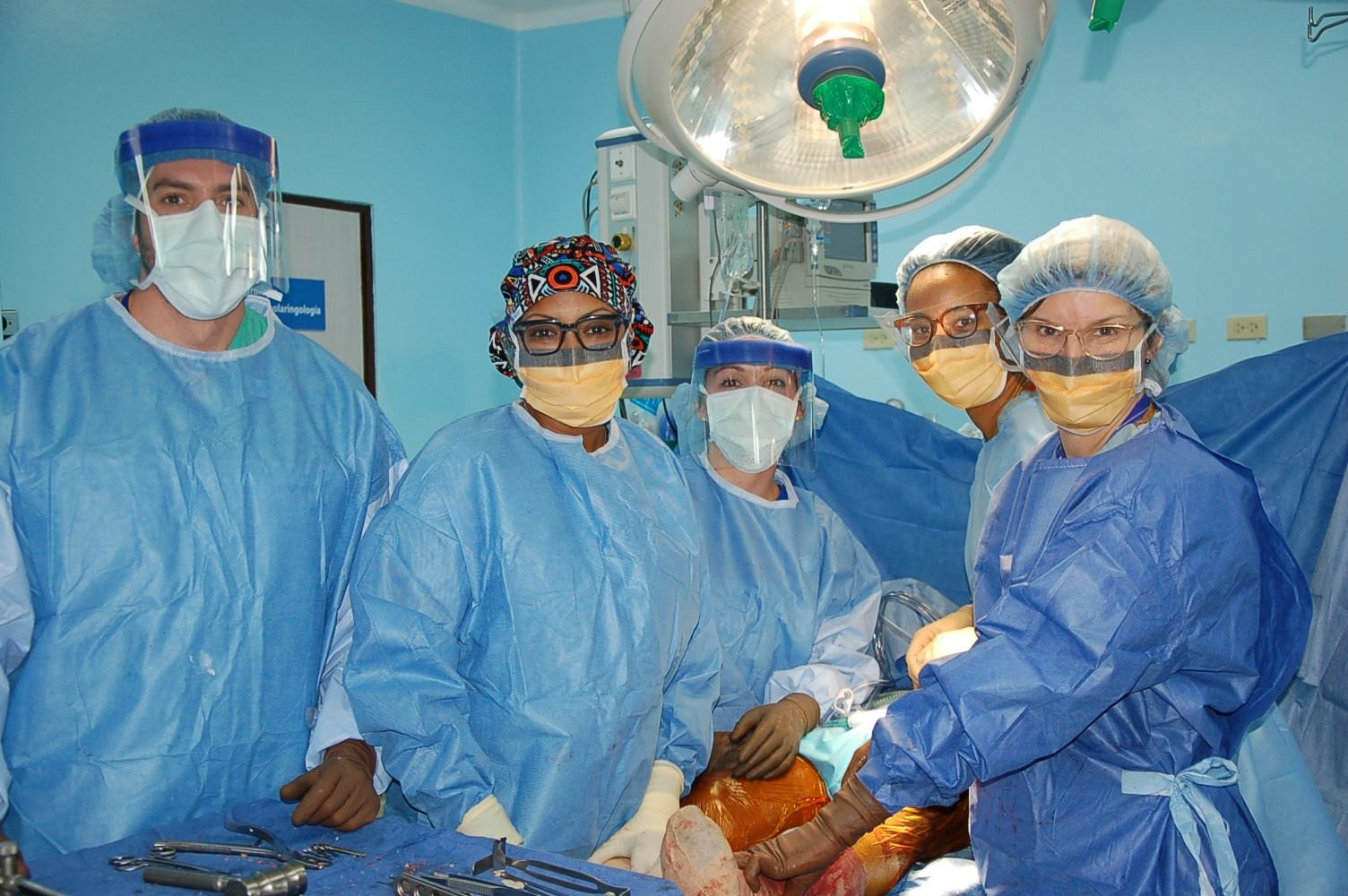 Danielle (middle) works with the surgical team to do an ACL reconstruction while on a medical mission trip in Cuba.

And she should know. Her journey to playing softball for the UW and graduating with a nursing degree took a few twists and turns. Having lived in Centralia, Washington, her whole life, she decided to commit to Syracuse University instead of the UW. But, after one year, she knew deep down that it wasn’t the right fit. So, while on a medical mission with family in the Philippines, she reached out to Coach Heather Tarr to ask if she could come back to Washington and play for the UW. When Tarr said yes, the Syracuse coach released Danielle, allowing her to play for the Huskies her sophomore year.

“We were so lucky to get Dani back to Washington and have her in our program for three years,” Tarr said. “She was a quiet and reliable competitor for us at third base. She did everything with focus and pride knowing that she was contributing to our team, whether that was on the field, in the weight room, or as a team leader.” 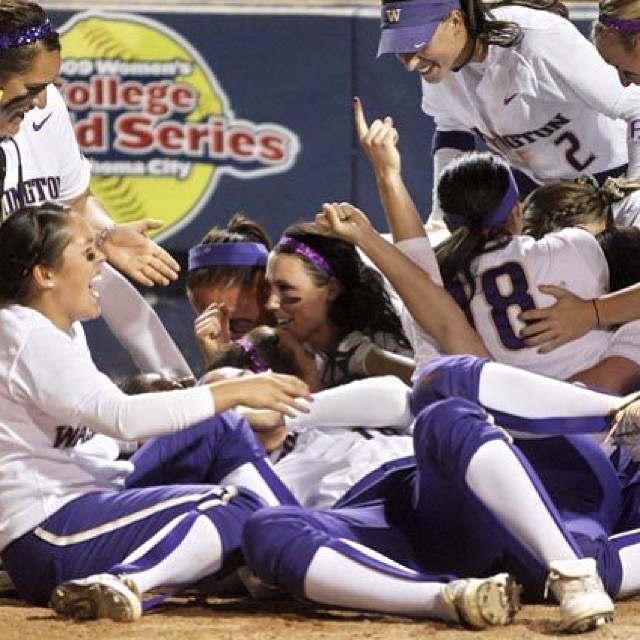 In addition to being an elite softball player, Danielle was committed to gaining a first-class education on her way to becoming a physician, a physician’s assistant, or a nurse. While at Syracuse, she had started on a pre-medicine track by taking courses in Biology. Once at the UW, Danielle narrowed her focus after spending time shadowing an orthopedic surgeon and because she liked spending time with patients, she started to consider a nurse practitioner career more seriously. She was also energized by the fact that nurse practitioners are able to treat, diagnose, prescribe, and assist in the OR. Danielle connected with Mayumi Willgerodt, associate professor and vice chair of education at the School of Nursing Seattle campus, to learn more about becoming a nurse practitioner.

Competitive athletes have rigorous practice schedules and extensive travel, which would make completing the clinical requirements for a nursing degree difficult. “Mayumi was so supportive and she helped me come up with a game plan to major in Biology as this would allow me to complete all the pre-requisites necessary to gain entry into the UW School of Nursing’s one-year Accelerated Bachelor’s of Science in Nursing (ABSN) program to achieve my goal,” explained Danielle. “I remember her coming to some of the softball games with her family. She was so awesome!”

Even with a plan, balancing pre-med courses with softball wasn’t easy. Between the long hours of practice and the intensity of studying, Danielle didn’t have much of a social life. She recalls spending time with tutors, proctors, and studying in between games in the locker room. And, during the run for the national championship, the team was on the road for over a month. 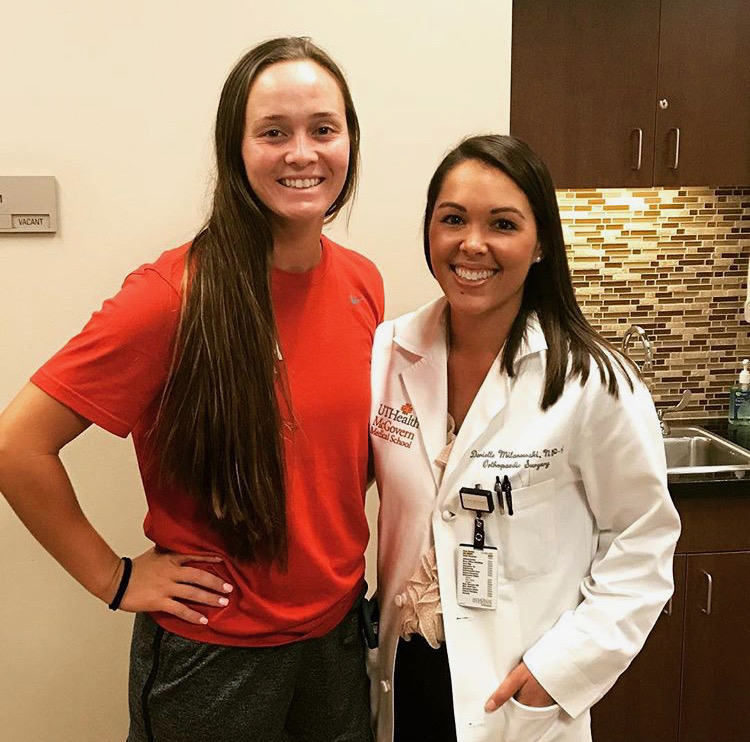 “Our championship run was pretty amazing because we were physically away from school, but our classes were still happening. The UW professors were great. We had online proctors and I even took one of my finals on the road. The hype that the team was bringing to the UW because of our run in the tournament helped everyone get aligned,” Danielle said. 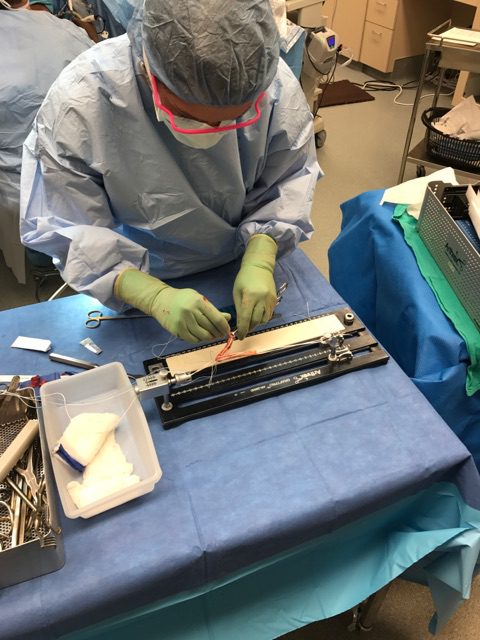 While in the OR, Danielle prepares an ACL hamstring graft.

Two weeks after winning the NCAA Women’s Softball National Championship and graduating with a bachelor’s degree in Biology, Danielle learned that she had been accepted into the UW School of Nursing’s ABSN program. She was grateful for the advice and guidance she received from Willgerodt because now she was in a position to graduate with a nursing degree in one year and continue toward her goal of becoming a nurse practitioner.

Taylor Lockwood, one of Danielle’s teammates and her roommate, stood in as her practice patient while Danielle focused on her nursing studies. “I really looked up to Stuey, as I called her. She always led by example and never made excuses. She was a calming presence that made everyone around her feel confident and relaxed and I can’t tell you how many times she took my blood pressure!”

After graduating with her ABSN from the UW School of Nursing, Danielle attended Vanderbilt University and was accepted in their School of Nursing’s Family Nurse Practitioner program where she earned her Masters of Science in Nursing. While there, she shadowed a sports medicine surgeon where her passion for orthopedics blossomed. 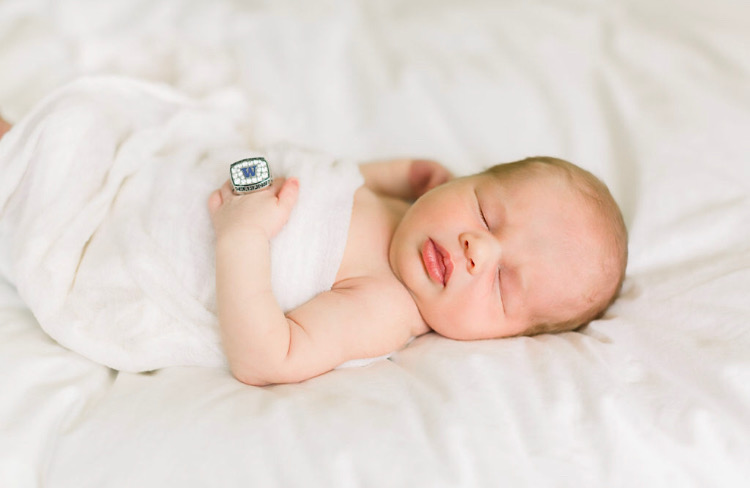 But, orthopedic nurse positions were rare. Encouraged by her mother, who is also a nurse, Danielle continued to apply for orthopedic nurse jobs and finally received an offer from an orthopedic surgeon, Dr. Audrey Tsao. Tsao trained Danielle in the same way she would train a resident. To be able to support orthopedic surgeries, Danielle pursued and obtained a Registered Nurse First Assistant (RNFA) license.

Today, Danielle lives in the Houston area with her husband and newborn baby, Jack. She works as an orthopedics nurse practitioner in her own sports medicine clinic. Recently, she had a surprise visit from another former all-American Husky shortstop, Ali Aguilar.

“I absolutely love my job. I really enjoy being able to spend so much time with patients, which is why I decided to be a nurse practitioner,” Danielle said. “Besides, patients always remember their nurses.”