For more than a century, UW School of Nursing students, faculty and staff have transformed ideas into impact and improved the health of people and communities locally and globally. Our impact is profound — whether we are preparing our graduates for a world of opportunities or confronting the greatest health challenges of our time through undaunted research and scholarship. Alumni from the UW School of Nursing are leaders in the nursing field across the globe and engage in research, teaching, military service, public health, advocacy, and other forms of transformative health care.

The School of Nursing: A public health champion in the Pacific Northwest

The University of Washington (UW) School of Nursing was one of the first nursing schools on the West Coast. From its earliest days, when the UW offered public health training to nurses responding to the 1918 flu pandemic, the UW School of Nursing has been a hub of research, education, service and care that improves the health of local and global communities. 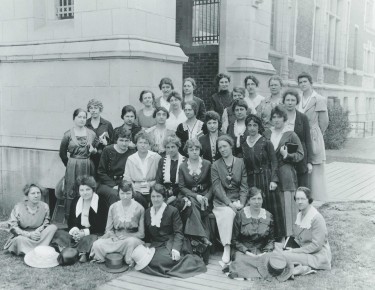 In 1918, the global flu pandemic threw Washington’s public health infrastructure into crisis. The Washington State Tuberculosis Association asked the UW to offer public health courses for registered nurses to help alleviate the crisis. Elizabeth Sterling Soule, a public health nurse with fieldwork training, arrived at the UW in 1918 and began to supervise the nurses’ field training. Early graduates of these courses went on to improve health care in communities throughout the Pacific Northwest and Alaska.

In 1921, UW president Henry Suzzallo asked Soule, who was then the state supervisor of public health nursing in the Washington state health department, to be the dean of the new Department of Nursing. From its creation, the Department of Nursing was connected to local public health organizations that needed nurses, such as the Washington State Tuberculosis Association and the Washington State Public Health Nursing Association. Nursing courses in the early 1920s were only open to women.

The UW Department of Nursing was the first university on the West Coast to offer a baccalaureate degree in nursing in 1923. In 1931, Dean Soule developed a partnership with Seattle’s recently built Harborview Hospital to offer nursing students clinical training at the hospital. Though partnerships between nursing schools and hospitals are common today, UW and Harborview’s joint educational mission was novel for its time.

As the demand for nurses in the Pacific Northwest and Alaska continued to grow, the UW Department of Nursing expanded its offerings, formed more local partnerships and restructured to accommodate their growth. Dean Soule developed a four-year integrated nursing major, the first of its kind at a public university, and created a UW training program for staff at Washington’s mental health hospitals and tuberculosis sanitarium, significantly improving patient care. In 1934, the Department of Nursing became the School of Nursing Education in the UW College of Arts and Sciences, with Soule as the school’s director. 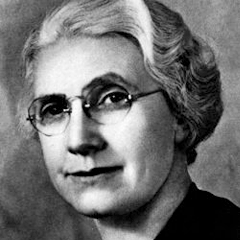 Elizabeth Sterling Soule went on to build a reputation as a leader in the national nursing field. She held leadership positions or served on the boards of most of the national nursing organizations — both when they barred nurses of color from membership and when they integrated — as well as Washington state public health organizations. During World War II, President Franklin D. Roosevelt appointed Soule to the Subcommittee on Nursing of the Health and Medical Committee of the Office for Emergency Management. She served as a consultant on nursing education for the Department of Federal Security’s Health and Medical Committee and taught nursing courses for the American Red Cross. At the UW, Soule helped three Japanese students in the School of Nursing evade the U.S. government’s forced removal and incarceration of people of Japanese descent, assisting their transfer to a nursing school in Colorado. Upon Soule’s retirement in 1950, Time magazine called her “The Mother of Nursing in the Pacific Northwest.”

World War II marked a turning point in both the expansion and the integration of the nursing profession. A national nurse shortage led to efforts to recruit nurses into the armed forces and into nursing schools across the country. As a result of Black nurses pointing out discrimination in the system during wartime recruitment, many historically white nursing organizations and schools began accepting Black members and students. In 1943, a group of 13 directors of predominantly white schools of nursing lobbied the federal government to remove discriminatory barriers that prevented Black women from becoming nurses. As a result of their efforts, enrollment of Black students in schools of nursing nationwide increased 135% between 1939 and 1945.

A leader in research-based nursing and service

In the 1960s, Dean Mary Tschudin and faculty members Marjorie Batey and Katherine Hoffman developed a nursing research program at the UW that helped to define nursing as a research-based discipline. In 1977, Dean Rheba de Tornyay helped develop the UW’s first Ph.D. in nursing science, and Marcia Killien earned the school’s first Ph.D. in 1982. Today, 99% of the school’s tenured faculty hold Ph.D.s.

Since the 1960s, scientific research has become an integral part of a UW School of Nursing education, and experiential learning is an integral part of both the undergraduate and graduate educational experience. Our faculty members conduct groundbreaking research that transforms the field of nursing. Innovations include Kathryn Barnard’s breakthroughs on infant mental health care, Betty Giblin’s establishment of the nation’s first nursing school sleep lab, and Jeanne Quint Benoliel’s founding of the field of palliative and hospice care.

The School of Nursing consistently ranks among the top nursing schools in the country in research awards and PhD graduates. The school’s many research centers provide support, leadership and mentoring for faculty and clinicians while offering students hands-on research and professional development opportunities.

We evolve and refine our school’s educational offerings to meet society’s health needs. The UW School of Nursing established the first Doctor of Nursing Practice (DNP) degree program on the West Coast in January 2007. Washington state and the UW are leading the way in supporting legal autonomy for advanced practice nurses to diagnose and treat illness, prescribe medication, order diagnostic tests and follow their patients over time without supervision.