Veterans Day is a time for reflection, gratitude, and sometimes discovery

We reflect on the sacrifices, great and small, of those who have served in the military. Some sacrifice years of their lives that might otherwise have been spent starting families, building careers and enjoying economic success. Some sacrifice life itself in defense of the ideals that made this country the unique entity it is.

We offer gratitude to every veteran, because each made a sacrifice in their own way. We are grateful for their service, because it is that service that provides the foundation on which we build economic and social prosperity, and through which we seek social and economic equality locally, nationally, and globally.

And we often discover, as we look closely, that a debt of gratitude is also owed to those who were less visible but no less important in their military contributions. Included in this group would be nurses, who have served in war and peace since the American Revolution. George Washington personally asked congress to provide for better nursing care of his soldiers, and congress approved funding for a ratio of one nurse to every ten patients.

The Army Nurse Corps was created by congress in 1901, and the Navy Nurse Corps followed seven years later. At the outset of WW I, there were only about 500 nurses on active duty; by the end of the war some 22,000 had served. Hundreds lost their lives.

In WW II, more than 70,000 nurses served. Many died, many others became prisoners of war. Despite these sacrifices, it wasn’t until after the war ended that army and navy nurses were given commissioned officer status that gave them rights and privileges consistent with their rank. 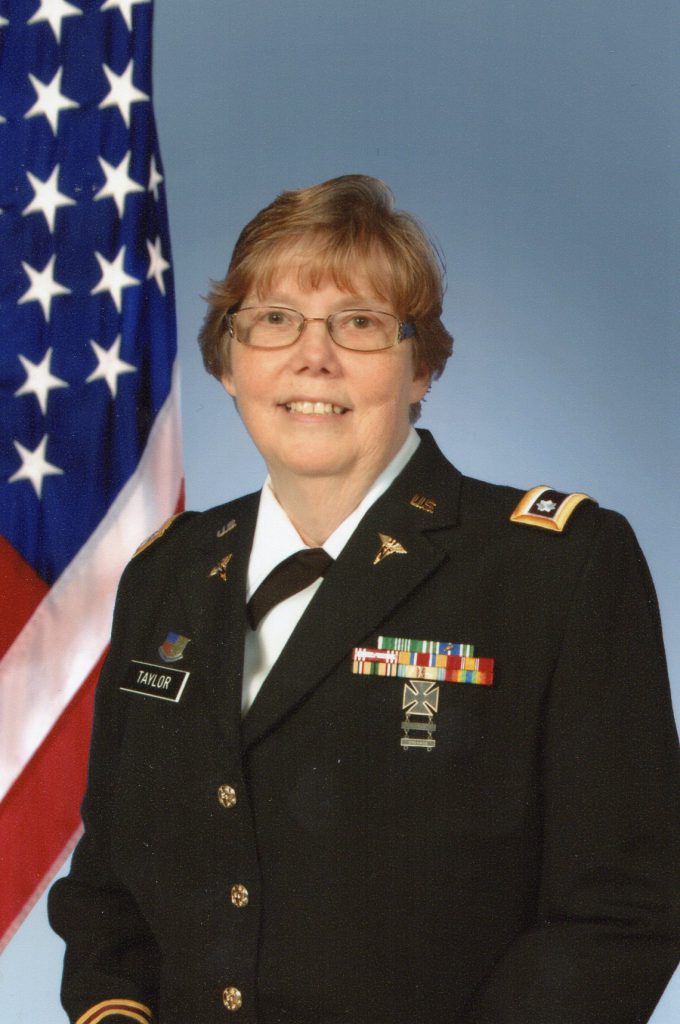 This year, the UW Distinguished Veteran Alumni Award is being bestowed on a nurse. Patti Taylor was part of the first graduating BSN cohort from UW Tacoma, in 1993, and she subsequently earned a master’s degree at UW Seattle. Patti is a retired US Army Nurse Corps lieutenant colonel who served from 1964-1970 and again from 1970-2002. She saw service in Vietnam, the Gulf wars, and Afghanistan, with notable achievements to her credit at every station. Though retired from the military, Patti remains highly active in support of military veterans, serving as a volunteer nurse case manager for UCLA’s Operation Mend. The depth and significance of her contributions is acknowledged through a nursing scholarship established in her name by the UCLA Health System, the UCLA School of Nursing, and Operation Mend.

On Veterans Day, it is time for us all to reflect and acknowledge how much is owed to so many military veterans.