Black History Month reminds us that we as a profession have a strong commitment to serving all, without regard for race, religion, or any other defining characteristic. It also reminds us that we have too often overlooked the accomplishments, contributions, and efforts of people of color.

Thanks to our students and the support from the UW School of Nursing Diversity Committee, we are part of an ongoing national effort that is giving visibility to the many historical accomplishments of Blacks in healthcare, while seeking at the same time to assure greater equity of opportunity going forward.

Nursing students Jessica Ordaz, Ravneet Kaur, and Andrea Wong recently organized and presented an event highlighting Black excellence in nursing. It was a powerful, high-impact opportunity for everyone to listen and learn about aspects of nursing history that have for far too long been overlooked. 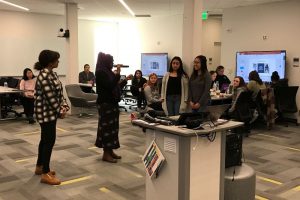 Our nursing students and faculties participated at the event

The following are some of the stories of accomplishment, compassion, commitment and bravery told at the event. These nursing pioneers deserve our eternal respect and gratitude. They persevered against enormous odds and obstacles in an effort to improve the lives of others. They helped shatter barriers that should never have existed, and they helped make our profession stronger.

Mary Eliza Mahoney was born in 1845 in Dorchester, Massachusetts. By the age of 20, Mahoney was practicing as an untrained nurse’s assistant. At 33, she was accepted into the New England Hospital for Women and Children’s graduate nursing program. With all the grueling training, which included 16 hours shifts on ward duty overseeing six patients at a time, she was one of the only four students who graduated from the 16-month program out of a class of 42 students. This made her the first African-American in the United States to hold a professional nursing license. She worked as a nurse for four decades, delivering care in homes, clinics, and hospitals as well as promoting organizational development for nurses. 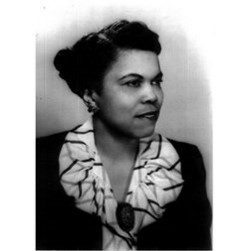 Estelle Massey Osborne was the first African-American women to earn a master’s degree in nursing from Teacher’s College, Columbia University. Her work significantly expanded the number of nursing schools accepting black students. This led to the US Navy and Army lifting their color ban. She was also the first black member on the American Nurses Association board of directors.

The Mary Mahoney Professional Nurses Organization was established as the Mary Mahoney Registered Nurse Club in 1949 by Anne Foy Baker and 12 Seattle nurses. Carrying the name of the first African-American graduate nurse, the organization was created with two missions: to provide and support to one another, and to provide scholarship support to students pursing education and careers in nursing. 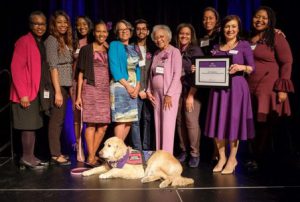 On May 10th, 2018, the organization received the Peter Dyer Heart of Nursing Award from the University Of Washington School Of Nursing.

Nursing has a unique role to play. Let us be diverse in order to fulfill our professional role of serving equally and compassionately those who need our care. Let us become the powerful advocates for eliminating the health inequities and disparities that persist. And let us learn how to understand and admire each other’s strengths, identify hidden prejudices and unconscious biases, and truly embrace the benefits of a multicultural, multiracial society.

We will be better and stronger, both individually and as a profession, for making these ongoing efforts.