Cynthia Dougherty: An advocate for ICD patients in America 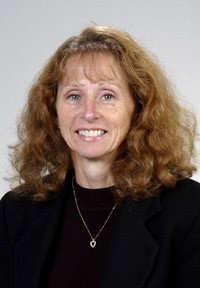 UW School of Nursing Professor Cynthia Dougherty has been conducting research to improve the lives of people who have received implantable cardioverter defibrillators (ICDs) for over 10 years. In a recent study, she found that exercise after ICD surgery is safe and patients were able to exercise even more intensely than they expected.

Her work has not only helped patients, but also won accolades from the American Heart Association, which named the study the prestigious Research Article of the Year Award in 2015.

The winning article, “A Prospective Randomized Trial of Moderately Strenuous Aerobic Exercise After an Implantable Cardioverter Defibrillator (ICD)” was published in Circulation, the journal of the American Heart Association.

The study evaluated 160 ICD recipients randomized into two groups: one that received no exercise plan post-surgery, and one put on a 24-week long exercise program that consisted of walking five days a week. Patients in both groups reported almost no adverse reactions, and patients in the exercise group felt surprisingly confident and capable of more strenuous workouts.

Nominators called the trial “exceptionally well designed and implemented,” and praised the high applicability to clinical care.
“At the beginning of the study, we were not sure how this would turn out,” Dougherty said. “To our surprise, patients with heart disease were able to do much more exercise than we expected, without any ill effects. This is a great discovery for people who have an ICD because we now have evidence that more intense exercise is safe if monitored closely, and there should no longer be fear about getting an ICD shock with higher levels of exertion.”

At the same event honoring her for the exercise after ICD research, Dougherty and her team quelled even more people’s fears (and perked many people’s ears) by presenting their study that found sex to be a safe activity after a patient has had an implantable cardioverter defibrillator, or ICD.

In this study, 105 sexually active couples were surveyed after the ICD procedure, and then again in three months. Understandably, concerns that sexual activity would either stop the heart or compel an ICD shock were high in the first survey. But after three months in which the couples had normal sexual activity, they reported a two-thirds decline in fears about adverse effects.

To a patient who has been through the trying experience of a major heart event, Dougherty’s research is profoundly important for their quality of life.
“Many of these patients are hesitant to start exercising (either for exercise or romantically) because they are worried they will be shocked by the device or worse,” Dougherty said.

And for most people, forgoing both sex and recreational exercise takes a huge toll on post-surgery happiness. Questions about returning to sexual activity after an ICD are not always easy to discuss with health care providers, which makes Dougherty’s research even more valuable.