Helping people along the health journey

Helping people along the health journey 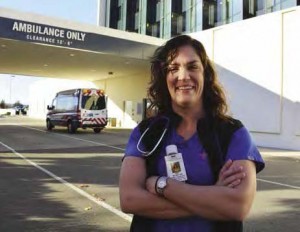 Just a year after receiving her BSN from UW, Stoy moved to Nogales, Arizona, a town on the Mexican border. She worked in the Emergency  Department at Carondelet Holy Cross hospital, located two miles from the wall, in 2007, the year with the highest rate of illegal immigration in the past 50 years.

Her patients were often so sick, Stoy said, that she “didn’t feel effective … people were hanging on by a thread.”
Regularly, she cared for people who had traveled hundreds of miles by foot, women who labored outside of the hospital so that they could birth their baby on American soil, people nearly dying of dehydration and the constant presence of border patrol guards, who would seek out possible illegal immigrants as they departed the hospital.
“Sometimes I don’t even know where to begin,” Stoy said. “Sometimes, we just have to start at the biggest hurt. I try to educate — to acknowledge their issues — but I can’t help outside of these walls. We are just bandaging people. They have so many issues.” 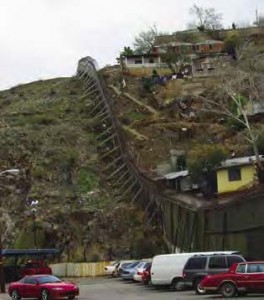 Her experience in Nogales compelled her to return to UW for her Doctor of Nursing Practice. She decided she needed to start at the beginning, nurturing health, instilling good habits and forming relationships so that no patient of hers would find themselves at the end of their rope.

Stoy recently worked at Valley Medical Center’s Emergency Department, in Renton. She sees that even Emergency Departments located far away from the border have no shortage of patients with complicated, chronic medical conditions exacerbated – and often untreated – as a result of socioeconomic factors.

Now she looks forward to becoming a nurse practitioner and helping people, step-by-step, along their health journey. People with co-morbidities, even multiple chronic conditions, should not have to end up in the emergency department, she said.

In 2015, Stoy was selected as one of the Comprehensive Geriatric Education Program DNP trainees for her commitment to primary care for underserved populations. Her program focus is preventing chronic disease in underserved communities using complementary medicine—after all, she has profound, firsthand knowledge of what happens when chronic disease is not managed.

Stoy is determined to start helping people so the Emergency Department is the last option, not the only option.