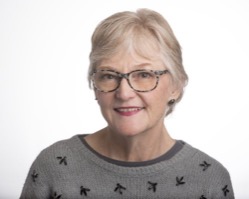 Patty Hayes, BSN ’76, MN ’80 has announced that she will retire as Director of Public Health – Seattle & King County. In lieu of a send-off or gifts, Hayes and her husband, Bob, have established an endowment at the UW School of Nursing and are asking others to join them in their support of the school’s Center for Antiracism in Nursing, launched earlier this year.

”Patty’s recognition of racism as a public health crisis was an influencing factor in our decision to create the Center for Antiracism in Nursing. Her leadership in population health and innovative approach to building healthy communities are internationally recognized,” said Azita Emami, executive dean of the UW School of Nursing. “We are honored by the generosity of Patty and Bob to ensure the success and sustainability of the Center.”

The Endowed Fund for Antiracism and Health Equity in Nursing will help support the Center’s goal to serve as a national hub that transforms nursing training, practice, and research, and health and public policy to be guided by antiracism principles.

“Patty Hayes has served our community as an exemplary public servant and led through some of the most challenging times imaginable with professionalism and compassion. Under her watch, King County’s response to the pandemic led the nation, holding illness and death rates to the lowest among major counties, and set the pace for community vaccinations while focusing on equity as a guiding principle in our work in communities hit hardest by the virus. During her tenure with King County and throughout her entire career, Patty’s dedication to lifting up our entire community has been a hallmark of her legacy,” said King County Executive Dow Constantine in a statement announcing Hayes’ retirement.

Hayes received the prestigious UW Alumnus Summa Laude Dignatus Award in 2020, the highest honor the university bestows on a UW graduate. She is a member of the Dean’s Advisory Board and an Honorary Assistant Dean. Hayes was inducted into the Washington Nursing Hall of Fame in 2002.